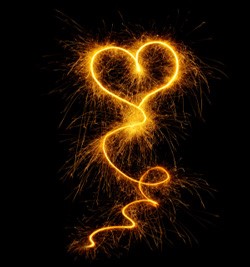 The earliest documentation of fireworks dates back to 7th century China. They were invented more than 2000 years ago in China and still remain the largest manufacturer and exporter of fireworks in the world – 90% of all fireworks originate from here!!

The first recorded fireworks in England were at the wedding of King Henry VII in 1486 and they were used to accompany many festivities, scare off evil spirits and promote prosperity.

The largest chocolate firework was measuring 3m high and 1.5m in diameter and containing 60kg of Swiss Cailler chocolates. The firework was released in Zurich on New Year’s Eve 2002.

The biggest occasion for fireworks in the UK is Guy Fawkes Night in celebration of the failing of the Gunpowder Plot on 5 November 1605, an attempt to kill King James I at the Houses of Parliament. 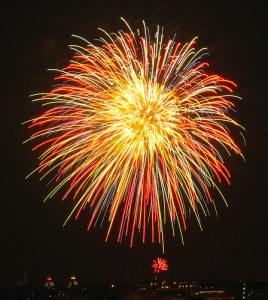 The word for firework in Japanese, ‘hanabi’, which actually means “fire-flower”.

A rocket can reach speeds of 150mph, however the shell can reach as high as 200 metres. A sparkler burns at a temperature over 15 times the boiling point of water. Three sparklers burning together generate the same heat as a blowtorch. When your sparkler goes out, put it in a bucket of water!!